John Zamrok Firearms Training/Consultant was founded by John Zamrok to provide safe and cutting edge firearms training and tactics to the military and law enforcement community.

John is a decorated Marine Corps Vietnam veteran and served 24 years as a dedicated law enforcement officer in New Jersey.  His career began in municipal service, where he was in uniform and a detective, OIC of a SWAT team and began his firearms instructor sub-career there.  After twelve years of municipal service he moved on to state service in the Attorney General's Office, specifically as an investigator with the New Jersey Division of (casino) Gaming Enforcement.  After five years he transferred within the AG's Office, to the New Jersey Division of Criminal Justice, where he became a principal firearms instructor.  In July of 1994 John retired from law enforcement.

In January of 1995 John joined Heckler and Koch's (HK) International Training Division as the East Coast Regional Instructor.  Along with the territorial responsibility, John traveled throughout the US, as well as, internationally teaching HK products and firearms tactics.  John became an armorers' instructor and rewrote most of the HK Armorers' manuals prior to his leaving the company in March of 2000.

In his 44+ years as a firearms instructor, John has trained and left behind an entire new generation of military and law enforcement firearms instructors to carry on the basics and traditions of those who had taught him.   John was blessed to have help from so many other talented firearms instructors along the way, many who gave of their own time to complete the mission.  To all of you, some colleagues, many good friends, look at what you have done!  To say "thanks" is just not enough.

Wanting to continue his contribution to the military and the "thin blue line" at a more subdued pace, John reached out to two friends.  John T. Meyer was HK's Vice President and Director of Training.  When HK no longer saw a need for a training division, John Meyer started his own company, Team One Network (T1) teamonenetwork.com. Along with operator and instructor level tactical courses, T1 provides factory authorized CZ (pistol/Scorpion), Springfield-Amrory, Ruger (556) and Benelli armorers' courses.  John Zamrok has authored the Springfield-Armory M1A, 1911A1 and XDm armorers' manuals and the two manuals for the Benelli armorers' courses.  All these manuals are currently used in these courses.

Jose Medina is the President/owner of the New Jersey based Awareness Protective Consultants (APC) apc360zone.com.  Jose has established APC as a "go to" tactical training company, providing an aggressive style of tactical training to the international military and law enforcement community.

Both companies, while in the same arena, provide various and unique training programs to which John can lend his talents.

We are a full-service firearms training/consulting group. See an overview of our services.

(See News and Events for info) 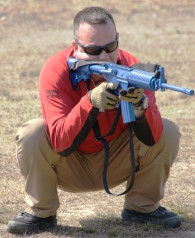 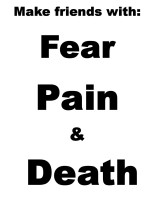